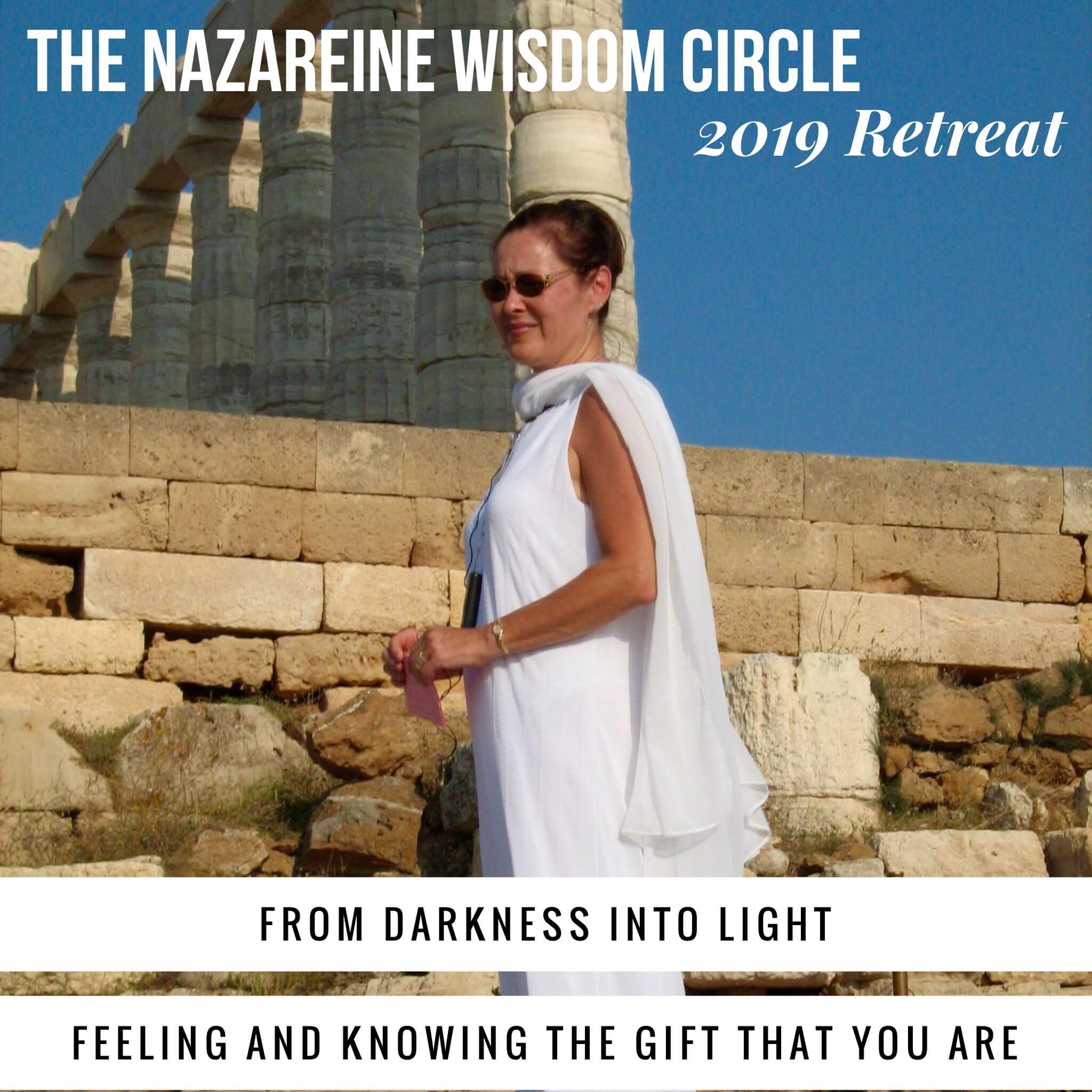 Exclusive to The Nazareine Wisdom Circle, for you are Seekers of Truth.

Very happy to confirm your 2019 Retreat of The Nazareine’s Wisdom Circle in Athens, Greece on Saturday 11th May and Sunday 12th May 2019.

Here you’ll experience yourself vibrationally in the context of this ancient wisdom, known as the cradle of European civilisation, opening up new energetic pathways with which to advance further an already-spiritually rich life.

Our aim too is to give you a tremendous, all-rounded snapshot experience of Athens both old and new. Greek food, wine, culture, history, whilst enjoying our time together! Life’s too short to have anything other than fun!

The Nazareine will primarily lead both days.

Delphi has for thousands of years been the site of the most famous of ancient oracles, with Apollo channeling through his priestesses here to all who sought insight for favourable choices made in Divine Right Order. A tremendous energy vortex, you’ll remember and respond to lifetimes already lived in service to the Light, advancing your spiritual learning and understanding further Laws and layers of energy in this Lifetime.

You will start here your in-depth exploration of the worlds of darkness and light, friendships, truth, honour – and spiritual signals arising of all of the above.

We’ll spend Sunday morning together at The Yacht Club of Greece in Piraeus with focus on The Teachings, in the afternoon we move to the Temple of Poseidon at Sounion. It is a beautiful drive to a beautiful spot, wild, expansive.

In short, the temple is connected with Aegeus, King of Athens whose son Theseus during his adventures around the region killed the half man half bull Minotaur, in order to break the curse of Athenian youth having to be sacrificed to it annually. In this he was assisted by King Minos’s daughter Ariadne who, having fallen in love with him, gave him a golden cord to find his way back out of the Minotaur’s Labyrinth. They leave together and rather than get married and living happily ever after, he dumps her on the island of Naxos whilst he sails home with her sister Phaedra, who he later marries.

King Aegeus who from the temple had been anxiously waiting for sight of his son’s return, saw that the sails of his ship were black (Theseus having forgotten to change them as agreed to white, meaning victory over the Minotaur), and jumped to his death from the cliffs. Theseus becomes King, unifying the region and preparing the way for the rise of Athens as the premier city-state.

There are many layers to this Greek tragedy of course – the roles of the Oracle of Delphi in telling Aegeus about the birth of his son; Poseidon in the making of the Minotaur, relationship between King Minos, the Cretans and the Athenians; Ariadne, the Minotaur and Theseus, representation of the labyrinth; love, trust and distrust; honour and dishonour; betrayal; darkness and light in the form of life and death. Together with the energy of Delphi, you’ll come away with an amazing blueprint of Teaching with which to accelerate your ability to work with and expand energy, both watching and observing that silent space within as well as call/bring forth your ascended heart.

If you’re able to stay on in community with those of similar resonance, make the most of your visit to this wonderful city and energy – Days 3 and 4 are add-on days designed to bring you down to earth a bit more, work with more material energy.

Day Three, Monday, 13th May 2019 – Visit to Aegina island and the Temple of The Goddess Aphaia

Just outside the capital city of Athens is the island of Aegina filled with history and many iconic historical sites. We will take a boat here for the day.

Perhaps its most famous site is the marvelous ancient temple known as the Temple of Aphaia Now ruined, but still magnificent, the Temple is  dedicated to the Greek goddess Aphaia, who was almost exclusively worshiped at this very temple on Aegina until around 500 bc when it was linked with the goddess Athena.

It is one point of the so-called Holy Triangle, where it is said that if lines were drawn connecting the sites, the Temple of Aphaia forms an equilateral triangle with the Acropolis in Athens, and the Temple of Poseidon on Cape Sounion.

You will have a series of Five Elements practices to do here in your own space and time, amongst the explorations.

Day 4, Tuesday, 14th May 2019. Guided Walk around Athens. Visit to The Acropolis

We spend the morning with a guide walking and eating your way around the ancient market and other interesting holes-in-the-walls in Athens, an ancient and extraordinarily interesting city with, as you can imagine, many different layers of history to uncover. Later in the afternoon, if you’re still up to it, this is followed by a visit to the Acropolis, a huge site where you can watch the sunset with your Five Element practices at an energy spot that calls to your inner heart.

Please now confirm your expression of interest to me at the very latest by Friday, 15th March 2019.

Get Feed for iCal (Google Calendar). This is for subscribing to the events in the Calendar. Add this URL to either iCal (Mac) or Google Calendar, or any other calendar that supports iCal Feed. 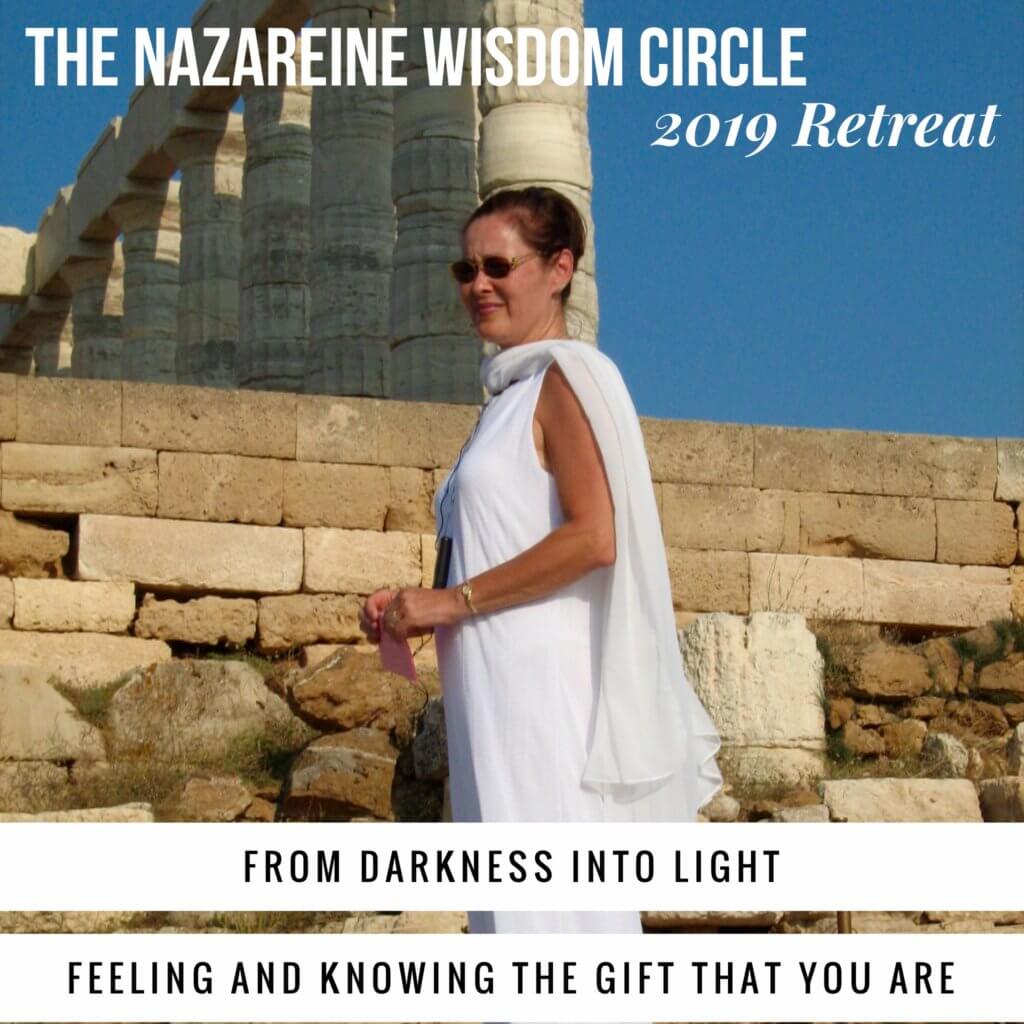